From the Stagflation to the Great Inflation: Explaining the US economy of the 1970s 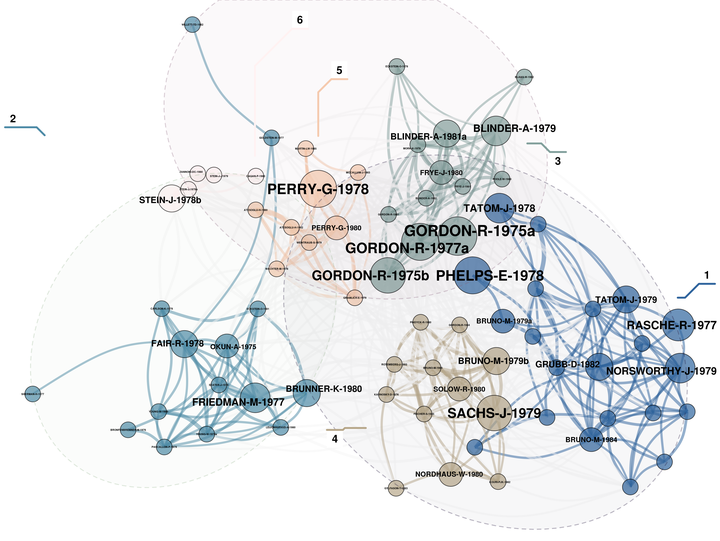 This article proposes a history of the evolution of macroeconomists’ explanations of the 1970s US stagflation, from 1975 to 2013. Using qualitative and quantitative methods, 1) I observe the different types of explanations coexisting at different periods ; 2) I assess which was the dominant type of explanations for each period ; and 3) I identify the main sources of influence for the different types of explanation. In the late 1970s and early 1980s, supply-shocks and inflation inertia were fundamental concepts to explain stagflation. The interest on this topic progressively vanished after 1985. In the 1990s, it was a totally new literature which emerged almost without any reference to past explanations. This literature focused on the role played by monetary policy in the late 1960s and the 1970s to account for the rise of inflation. New Classical economists’ contributions, like Lucas (1976), Kydland and Prescott (1977) or Barro and Gordon (1983a), which were ignored by stagflation explanations in the 1970s/1980s, became major references to account for the 1970s stagflation in the 1990s.